Do you know what Game of Thrones, Star Wars, House of Cards, and Firefly series have in common? Some of their main characters are strong and powerful women. Remember Cersei, Daenerys, Princess Leia, Claire Underwood, Summer, Inara? Can you even imagine the mentioned shows without them? Didn’t think so.

As you know, today is the International Women’s Day – a day to acknowledge the achievements of all the wonderful and brave women who came before us, who fought for the rights we have today and why helped us contemplate our current position. And no, it’s not all about flowers and chocolate. 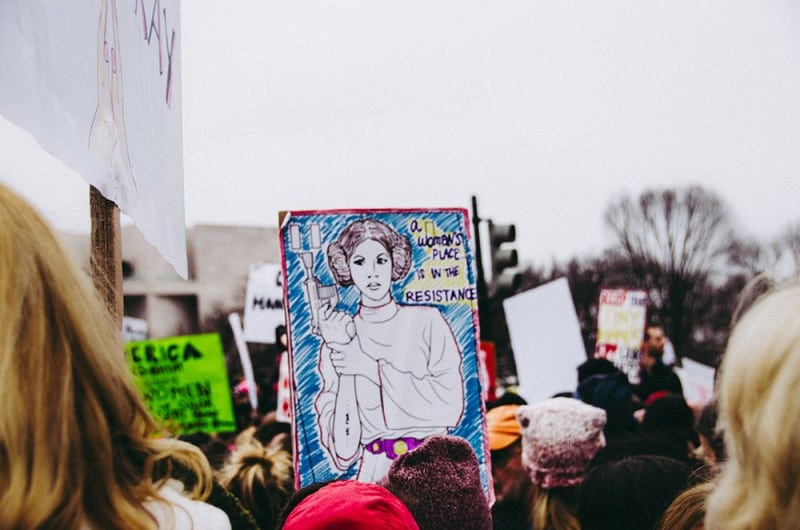 Where does it come from?

Every year across the globe we come together in celebration of International Women’s day.
Women’s Day first emerged from the activities of labour movements at the turn of the twentieth century in North America and across Europe. In 1909 First Women’s Day was held on 28 February in the US by the Socialist Party of America which designated this day in honour of the 1908 garment workers’ strike in New York, where women protested against working conditions. Next year, in 1910, The Socialist International, meeting in Copenhagen, established a Women’s Day, international in character, to honour the movement for women’s rights and to build support for achieving universal suffrage for women. In years to come more countries followed with rallies with over million people. In addition to the right to vote and to hold public office, they demanded women’s rights to work, to vocational training and an end to discrimination on the job, they used this day to protest World War I and to express solidarity with other activists. Finally, in 1975 which was named International Women’s Year by the UN, International Women’s Day was established on 8 March. 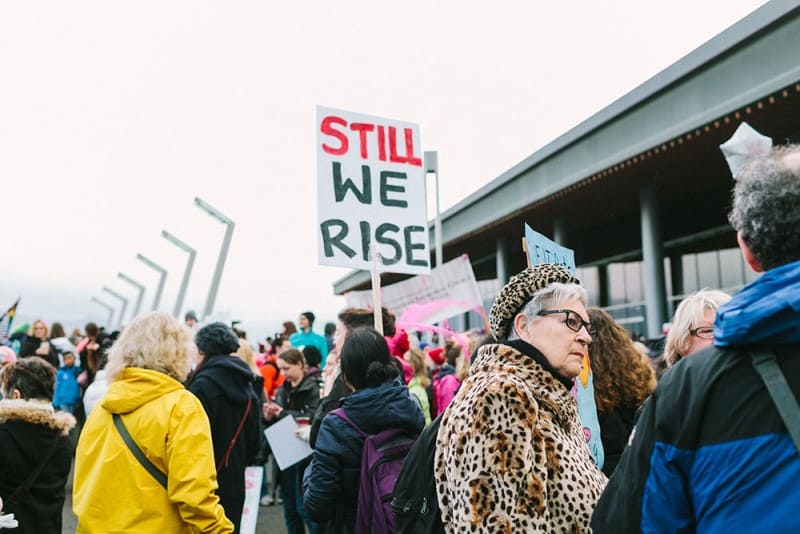 There is still a long way to go

The original aim – full equality for women around the world – has still not been realized. Only since 2015, all women in the world have the right to vote, with Saudi Arabia being the last country to grant women this right, a right that some countries achieved over 100 years ago. On a global scale, 70% of the world’s poorest are women, maternal mortality is still unacceptably high, women don’t have universal access to health care, education or maternity leave. Violence against women is still a prevailing problem all around the world. The year behind us gave us hope that the change is on its long-awaited way. #metoo and #timesup have raised mainstream awareness of exclusion, disparity, harassment, and abuse. Celebrities are using their well-heard voice to talk about these injustices and are asking for more diverse stories. The more (diverse) the merrier! 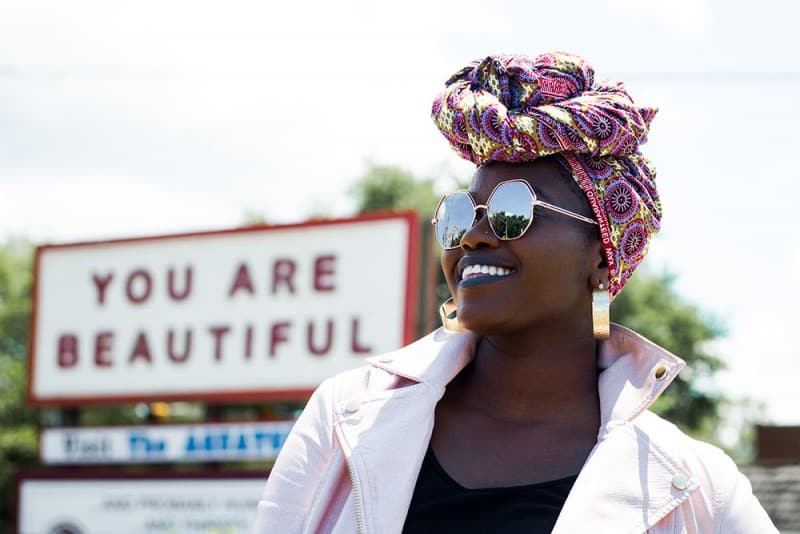 What about working women?

The pay gap is still a problem around the globe, and only 32% of women in the world hold leadership positions. There are still some industries that are out of gender balance thanks to deeply rooted gender roles and a belief that some things are just meant for men, like, for example, software and IT sector, where only 27% percent are women. And that needs to change. At our office, the situation is quite the opposite – men are seriously outnumbered! 🙂 But our team would never be this awesome without all the people (both men and women) who are part of our .ME family! 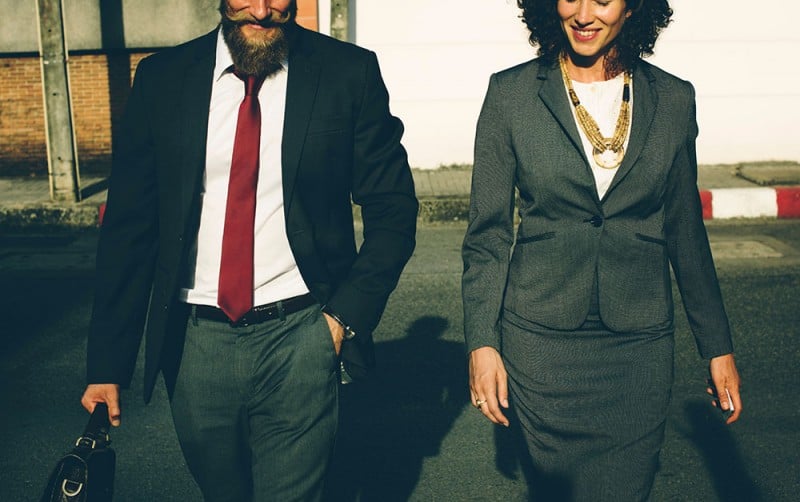 What can we do?

First, we can start by acknowledging the problems in our community. Meeting women, listening to their stories, and giving them space both online and offline. Second, speak up! Point out the injustice, ask for that raise, if you are a fighter – fight if you are a dancer – dance it all out. Find your own voice and speak up! And third support, support, SUPPORT other women. We have a legacy left to us by those amazing women that came before us and a responsibility to leave the world a bit better for those that will come after us.

Today is ALL about us – women! 🙂 .ME is and has always been a home for amazing women. Our CMO Nataša recently climbed Mount Kilimanjaro! Yes, you read that right! At Domain.me, we feel powerful women and the brands they’ve built deserve more attention! Here are some of our extraordinary .ME women:

Cara is a journalist by training who slowly gravitated towards the world of content marketing. Before Silicon Valley, she was studying African languages and culture and became fluent in the Yoruba language. It seems as if every step she made in her career helped her become an amazing educator and a go-to expert in the world of A/B testing and personalization.

In 2012, Cara started working as a Content Marketing Manager for Optimizely where she shared conclusions from her case studies and various types of impressive content in the field of A/B testing and personalizing digital experiences. She even wrote a book on A/B testing on the behalf of Optimizely founders.

One glance at Cara’s career and you can see her great ability to connect the dots and come up with a way to implement different kinds of knowledge in order to create something innovative. And where can you look into all of her accomplishments so far? That’s right: on her personal website, caraharshman.me, which she uses as her personal portfolio.

Stefania is the famous stunning model and activist. She created #droptheplus movement with the goal of abolishing the term “plus size”. The response was phenomenal and we’ve seen the change in the industry as a result. The term “plus size” had been dropped by model agencies to describe their models.

Stefania is sending an inspiring message – you don’t have to be fit in order to become successful – it’s actually quite the opposite. Very often the current system of values is badly positioned which leaves you with two options: you can curl in a ball and lament over the unfairness of the world, or you can take a piece of advice from Stefania – change your attitude and pave your own path

Her website stefania.me is like a portfolio of her work that people can visit. She uses it mostly as a tool for people that want an overview of her work, whether that be clients or followers.

Lea is a computer scientist from Greece, who is also a front-end developer, web standards geek, web designer, and author. She is an Invited Expert (there are only 7 of them worldwide) within the W3C CSS Working Group, a committee responsible for designing the CSS language.

She is also currently pursuing a P.h.D at MIT with a focus on human-computer interactions, specifically end-user programming for making web applications. Visit lea.verou.me and get ready to be truly inspired!

To all the women, all over the world: Happy International Women’s Day and never be afraid to unleash your inner ME! 🙂