Last week we brought to you Max Mckeown’s insights into three concepts – innovation, strategy, and nowism, from his talk at Spark.me 2017 conference this May. The special we are serving today are notes from a talk by Peter Kim, the Vice-president of Digital Customer Engagement at The LEGO Group. Also, this man has his own customized LEGO figure, so I don’t think he needs anything else to make his success legit. 😀

Peter was part of the team that developed the first banner ad ever created, for the first commercial web magazine HotWire in 1994. Later, he worked for Razorfish, a web development company that came up with this amusing idea called – the sodaphone. They hacked a soda machine and made it possible for you to text the machine from your Nokia phone while laying in your bedroom (there was no iPhone back in 2000) and make it sell you a soda. Peter describes it as mobile commerce before its time. He also took part in creating a website called Gloss.com for luxury skin care brand Estee Lauder in 2000. Those were the years when big companies were getting into big websites, so developers of the day came up with a saying: “Everything that can be digital, will be.”

After years of working in digital, working for The LEGO Group made Peter play with words and change the familiar saying to “Everything that can be awesome, will be!” His experience taught him what it takes for a business to be awesome. But you can’t become awesome in the blink of an eye. As Peter said, you have to be patient and understand the fact that it is a process.

For example, LEGO Star Wars Destroyer set has 3000 pieces and 228 pages of the instructions. It looks magnificent, but you need to buckle down to put it together. It is the same thing with success, but Peter knows how to help you put all the bricks together. Keep reading for the key points of his Spark.me 2017 talk or scroll to the bottom to listen to the talk for yourself. 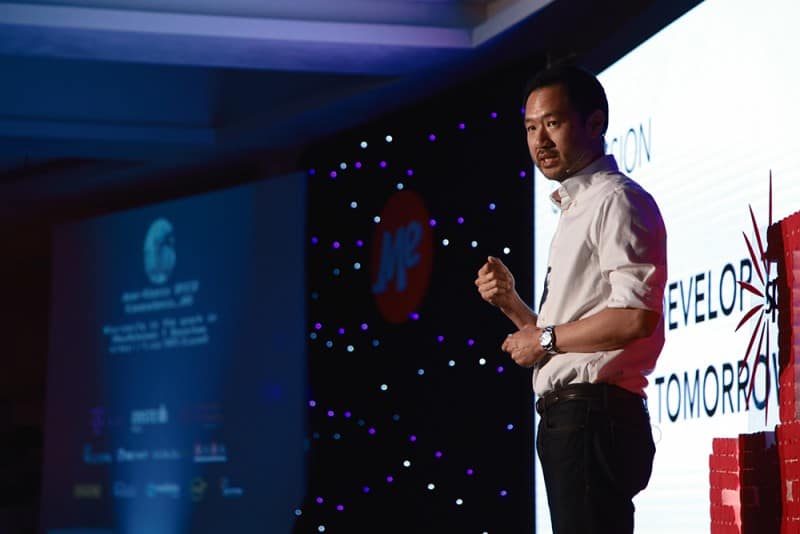 The Foundation of All Things Awesome

During his talk, he emphasized the importance of Moore’s law. Intel co-founder Gordon Moore noticed that the number of transistors per square inch on integrated circuits had doubled every year since their invention. Translated into English, it means that you could fit a computer into a half the place previous generations of computers took up.

Remember ENIAC? The first computer ever was made in 1946 at the University of Pennsylvania. It fit a whole Philadelphia city block. Can you imagine the pain of using that back in the day? As we evolved, ENIAC became a personal computer. Now our iPhones, Androids, and Blackberries have more computing power than ENIAC did. That’s Moore’s law in practice.

Spark.me 2017: Robert Fitzpatrick on Talking to Customers Even If They Lie

Spark.Me 2017: Peter Kim on Things That Are Awesome

The Second Day Of Spark.Me Left Us Wanting For More

The smaller size of computers combined with bigger processing power lead to cheaper storage. Once you were the coolest kid in school if you had a 125MB flash drive. Today we are talking about terabytes.

According to Peter, higher computing power, bigger storage capacity, and faster Internet connection that followed all set the stage for things to become awesome. Together, they lead to the richer content. Today, however, with the help of new technologies, Peter says we’re moving into the age of richer experiences, advanced to the point “where our small devices, like iPhone or Android, because of the storage, broadband, and processing power, can make it possible to watch something like Nike Breaking2”. So the first thing that can be awesome, but still needs to be improved is –  natural interfaces.

To interact with ENIAC, engineers used punch cards. With time we switched to code, keyboards and finally – touch commands. Interfaces of tomorrow will allow us to interact with computers as humans.

It is all inevitably leading to voice. After all, what can be more natural than telling Siri or Alexa to play you some classical music?

We have achieved huge progress, but Peter gave us even more striking examples. Heard of the “Brainwriter”? Brainwriter was created by the group of engineers who wanted to help a friend diagnosed with ALS (Lou Gehrig’s disease). They were able to figure out how to “read” brain waves. The “Brainwriter” writes what you think, you just need to put a helmet on. And it was made for less than 400$.

You’re probably more familiar with Google Glass and Microsoft HoloLens. According to Peter, the main issue with these two is the creepy factor, which is why they’re still frowned upon in many societies. So the main question is, how to get rid of the creepy factor and make reality as natural, socially acceptable as possible? For him, the key is to make interfaces feel natural.

Think of Skype translate (as Peter called it Tower of Babel on your desktop), self-driving cars, robots – what an exciting time to live in! Now, the question is how to apply all of this to you and your business. 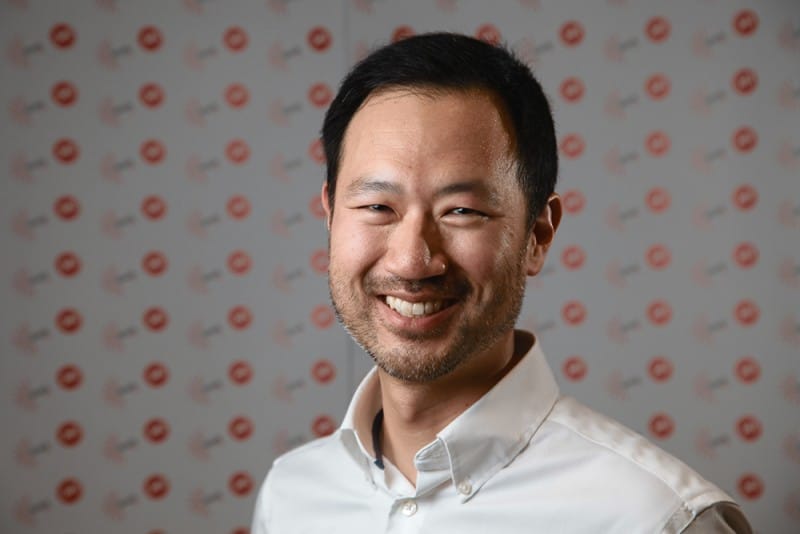 The Recipe for Making Things Awesome

According to Peter, core, content, and community are the three crucial concepts you need to boost your business’ success.

Working in the LEGO Group he learned that values are the core of a brand.We’ve learned a lot from Peter, but one piece of advice sticks out for sure – “If you work in a place you don’t believe in, quit!” Brand values bring meaning, so you have to love what you do. In the case of the LEGO Group, their mission is to inspire and develop the builders of tomorrow. Everything they do goes back to children and how to support the children.

That is why they developed an app called Lego Life. It was among the first social apps made for kids and, according to Peter, another way to inspire the builders of tomorrow, which was inspired by their mission.

His advice for creating engaging experiences for your consumers is to go “from the core to the content”. When we create, we need to think about the mission – why are we using those brand values to connect? Peter suggested three experiences to focus on: make me laugh, make me believe and make me famous.

Going the “make me laugh” path resulted in the making of the Lego Batman movie. The motivation was to spread and bring enjoyment to the lives of others.

“Make me believe” resulted in investing tens of millions of dollars in renewable energy, so they hit the target set for the company to be 100% renewably sourced. As Peter said, the goal was to give people something that resonates with their core values.

“Make me famous” – make consumers the stars of what is going on. LEGO Group established a program called Lego Ideas where anybody can submit a LEGO idea and, if it gets an approval from the community and the company, it gets produced.

After the core and the content comes the community. LEGO recognizes the importance of connecting like-minded individuals so they’ve established LEGO Ambassador Network. 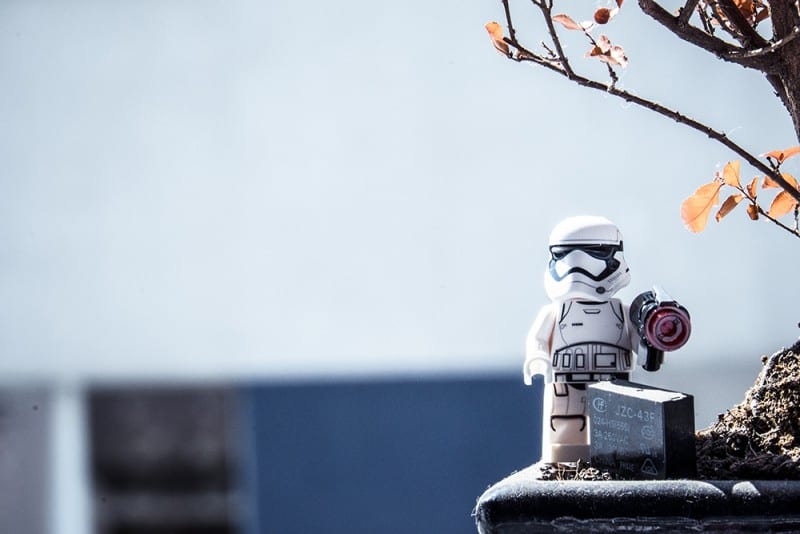 Technology sets the stage – nothing appeared out of nowhere, there was a roadmap to how we got here. The digital is evolving the physical, the physical is impacting the digital, and how do you channel this? Three words – core, content, and community.

If you want to explore Peter’s words in more depth, check out Peter’s talk on Spark.me 2017 stage. And while you are at it, check out other speakers as well! 😉

Spark.me is one of the most carefully curated business/internet conferences in Southeast Europe. It presents an awesoME place for people all around the world to brainstorm new ideas, share experiences, and enjoy listening to the world-class speakers. The conference is the crown part of .ME’s Corporate Social Responsibility program, and we are proud for making it happen since 2013. If you want to find out more about what lights our spark, check out: www.spark.me

100% Internet geek. Committed to sharing important company announcements and helping my .ME fellows leave their mark online. In love with all things social media and always up for a chat. Contact ME at @domainME.